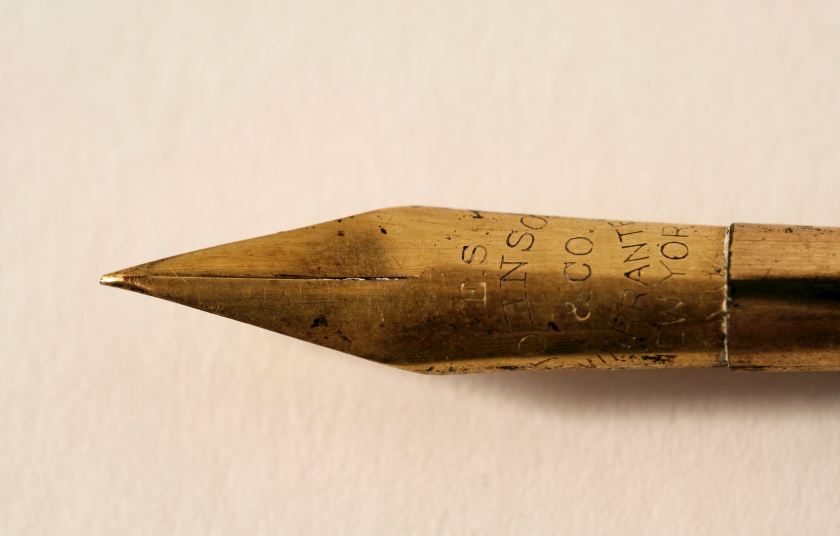 There is something ironic about an electronic blog about how enjoyable it is to write in a paper journal. But onwards and upwards.

A rather bizarre series of events has left me in possession of my friend’s pen until I next see her. I have never been particularly bothered by pens, the hundreds I have amassed at home have either come from hotels far and wide or permanently borrow from work.

I write in a journal a few times a week. Some pens are nicer to write with than others, but every time it is pot luck which pen I pick up. I’m also one of those people who will happily scribble something out rather than start a page afresh; neatness (or the lack of) has never worried me.

That is, until I picked up my friend’s pen.

Maybe this is what writing with a fountain pen felt like back at school, I forget. But this pen was lovely to hold and even nicer to write with.

My writing neater than I can ever remember seeing it. I have always enjoyed writing, whether it be with a Biro, a Bic or an unnamed brand from a Travelodge, but for unknown reasons I have never given any thought to the actual pen.

I feel a pang of guilt as I’ve been using my friend’s pen and it’s unlikely I will see her for another couple of weeks. Not guilty enough that I will stop using it for the next week or two, but it does mean I need to put some serious effort into getting that pen that fits for me.